BYOP: Many Thumbs Up for Movie of the Week

This week, who else but...  Eva von Dassow, professor of Classics and Near Eastern Studies, our new film star. Move over Mary Beard...

The MN Regents meeting "movies of the week" come in long and short versions, plus a full transcript of Eva's comments.  Hear the dean of the Carlson School, the usual admin sycophants, and a few speakers that voice criticism of the administration (in particular, AFSCME's Cherrene Horazuk and FRPE's Eva von Dassow)


An earlier encounter of President Bruininks and Professor von Dassow is also available on YouTube - The Gospel According to Robert, Part II.  And now, just a few of the many, many fan links (to which we add our names)

I'm pleased to note that FRPE, Faculty for the Renewal of Public Education, is on our reader, posts tweeted, before movie fame... knew them when. FRPE participated in the March 4th Day of Action (and will no doubt be there for October 7). It would be an honor to join them.
Posted by Vanessa Vaile at 11:56 PM No comments: Links to this post

BYOP? Bring Your Own Popcorn... candy, peanuts and pop. What else for Movie Night (or at least free online video night, scaled to the adcon budget)?.  I can't promise you a pay raise or health insurance but free videos to watch (courtesy of YouTube, Vimeo and other video sharing sites) are another matter.

Tonight's film is teachers on wheels, part 1, "a documentary on an employment crisis in higher education" by LD Janakos, Santa Monica CA. See also part 2 and part 3 in the series.

Posted by Vanessa Vaile at 5:04 PM No comments: Links to this post

click to view larger version
Posted by Vanessa Vaile at 11:45 PM No comments: Links to this post

Those with it want to keep it. Those without it, want it or at least something resembling security (a tricky concept and contested in these times) and pay equity. Consensus, of the workable kind, in the academy, among professional and labor groups, is in short supply, with stance running to the tier-centric. Everyone has a plan just not the same one.

Love, crave it or resent it, for those in the academy, tenure is an intrinsic part of the culture. From the outside, whether viewed nostalgically as quaint (like high button shoes) or regarded as anathema to American values and Western world civilization as some think they know it, tenure seems more anachronism than necessity.

Around the Web: Educating & Getting Educated

There's news out there, academic injustice, shifting paradigms, dragons, windmills, but my mind is somewhere else today. The news will still be there tomorrow, the same or different.


I'm forever collecting links, more now with blogs to feed: my rss reader overfloweth with higher ed, ed tech and adjunct/contingent issue stories, my social bookmark files with links. It's time to share, but my "I'm reading" widget choices are for local Mountainair NM readers and anyone dropping by my community blogs. Not a lot of shared interests, trust me. So then... another account for another widget? In another lifetime maybe.


Got 'em bookmarked or on my reader ~ but where to start, how to organize the process in less than overwhelming... by topic or topical relevance... annotated or bare bones?

Read more »
Posted by Vanessa Vaile at 7:55 PM No comments: Links to this post

The current News from New Faculty Majority newsletter includes an overview of the social media NFM uses to connect with members and site visitors. It may or may not continue as a newsletter regular feature. In any case, I'll continue it here under the same name.

Digital covers a lot of territory, even more than "social media," itself rather a baggy monster category. Obviously, the focus will be oriented to academia and advocacy, with a decided emphasis on what might of interest or use to adjunct/contingent faculty. I've got my own ideas but would also appreciate reader input. Tentative topics include social media, online social networks, e-advocacy, web 2.0 applications for organizing, blogging (including academic blogs), platforms, plug-ins, webpage annotation, email, netiquette, tech-speak, Digital Humanities, ed tech, Webheads, online and hybrid teaching, personal computing, new applications, and even silly stuff for fun. I have a weakness for applications and text generators (i.e. surrealist insults, poetry, mock academic essays) that make me smile...
Take what you need, think you can or would just like to try out and don't worry about the rest. Remember that standby, the handbook titled "The Least You Should Know about English"?  Let me know what's the least you need to know. Come to think of it, that would make a series.

Read more »
Posted by Vanessa Vaile at 7:53 PM No comments: Links to this post

Jaws! Chancellor and Provost Jaws of EWU, that is.

First they mass fire adjuncts (or not  rehire or abrogate summer contracts ~ same diff. You're still out on the curb with no work no money and a hole in your pocket. What's next? File a legitimate claim for unemployment compensation. Guess what? Here come the Jaws twins, swimming in circles around the water treading adjuncts blocking claims.


United Adjuncts write for our support and help,

Read more »
Posted by Vanessa Vaile at 1:41 AM No comments: Links to this post

The Reading Room: What are universities for? From Polygraph, Nina Power on Jacques Ranciere and the politics of contemporary education; and a review of Marc Bousquet's How the University Works (and a roundtable). Why rank doctoral departments? The E-Book Sector: In for-profit higher education, traditional textbooks are disappearing. A review of Seeing the Light: Religious Colleges in Twenty-First-Century America by Samuel Schuman. More and more on Ben Wildavsky's The Great Brain Race. The World’s Honors College: NYU Abu Dhabi admits a standout first class, as unprecedented experiment in student and faculty mobility gets underway (and more). FromStandpoint, what are universities for? Humanities scholars should celebrate and preserve the lack of a clear hierarchy for journals in their disciplines. A look at the temporal rhythm of academic life in a globalizing era. A review of Campus Hate Speech on Trial by Timothy C. Shiell. We must stop the avalanche of low-quality research: A national effort is needed to eliminate the vast volume of worthless findings generated by academe. The rise of the global university: For the first time, a single world society is within reach — and higher education is a central driver. Revolutionary U: Edu-factory is a new group trying to revolutionize higher education. Curing Socratophobia: Thaddeus J. Kozinski on teaching the Great Books. FromThe Chronicle, Gary Y. Okihiro on the future of ethnic studies: The discipline is under assault from within as well as from without; and who gets to define ethnic studies? Here's one way to sober the debate: Ask if white studies violates Arizona's new law. What happened to studying? You won’t hear this from the admissions office, but college students are cracking the books less and less. Tenure, RIP: What the vanishing status means for the future of education.
"What are universities for?" is a collection of higher ed links from around the world collated/annotated by and reposted from Omnivore, the Book Forum blog, both glorious feasts for the reading and book addicted.

Posted by Vanessa Vaile at 5:35 PM 2 comments: Links to this post 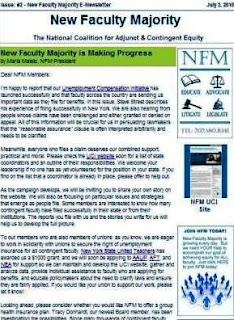 Read more »
Posted by Vanessa Vaile at 7:10 PM No comments: Links to this post

Read more »
Posted by Vanessa Vaile at 4:11 PM No comments: Links to this post

Read more »
Posted by Vanessa Vaile at 1:30 AM No comments: Links to this post