…follow up to "what bureaucracies stand for:" this round is about universities, academic culture and markets. It is not specifically about contingent academic labor, elephant subtext in the room even so. Read through that lens.

Read more »
Posted by Vanessa Vaile at 4:47 PM No comments: …pick of the day, an authentic voice…for sure the best, freshest piece on this topic I've read in a long time—and, like Prufrock, I've seen them all.


The army of part-time professors teaching at the region’s colleges are merely working stiffs at the bottom of an enormous and lucrative enterprise.

Read all of Class Warfare: How Adjunct Professors Are Investigating Pay Conditions and then read it again. PS looks I'm getting the hang of short posts but may have gone too far the other direction.

Posted by Vanessa Vaile at 12:48 AM No comments:

what bureaucracies stand for

…surely #adjunct-relevant…applicable to universities—administration and departments, non-profit organizations—professional, discipline specific and advocacy, unions as well as the ubiquitous government agencies and legislative bodies with so much say in higher education policies yet so unwilling to pick up the tab. For agencies, think 'roided up committees and take it from there. However we feel about bureaucracy, it's part of higher ed. The better we understand how it works, the better equipped we will be to deal with it, whether at federal policy making level, navigating state systems or just trying to get through to the Nassau Community College Board of Trustee. Read the rest of "what bureaucracies stand for" at BookForum's Omnivore
Posted by Vanessa Vaile at 8:30 AM No comments:

…this week's collection focuses on precarity, presenting three quite seemingly different pieces but all on this same topic. One is an Australian report on insecure (precarious) in Australia. The other two are about precarious academic labor in the US: student reactions and a poet's reflection on academia as plantation life, more pleasant for professors than their sharecropper colleagues

Lives on Hold: Unlocking the Potential of Australia's Workforce

Report of the Independent Inquiry Into Insecure Work In Australia.  Grant Hobson, a Melbourne based photographer and artist, was asked to produce a series of portraits of people in insecure work for this report:

"Making these images was an exercise in self reflection. These people are, in fact, me. Crippling housing and living costs are compounding the difficulty for artists and creative people to remain independent and productive in our society. Work is a fundamental expression of who people are. If employment in Australia is increasingly insecure, impermanent and dealt to us from the bottom of a deck then the implications are that we are all in for a rough time ahead. I wish to extend my gratitude to all those who graciously volunteered to be photographed as part of this project." Tags: pdf #PFR precarious workers

Read more »
Posted by Vanessa Vaile at 10:37 PM No comments:

BYOP & because it's the weekend: introducing @hewjrtaken

…H.E. Whitney Jr., whose Adjunct World video short shorts and comics on Facebook and Tumblr  create a comic odyssey detailing the fortunes of the Disposable Adjunct and Apartmentless Larry in higher education…plus digital art at Graphimetrix, 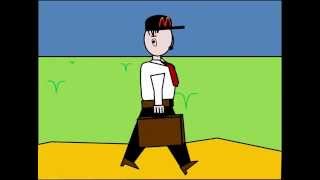 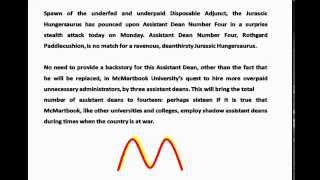 Read more »
Posted by Vanessa Vaile at 6:07 PM No comments:

Late at night on April 3rd, I found out through a conversation with a friend that the 2014 Labor Notes Conference was starting the following day, April 4-6 at the Crowne Plaza Hotel, near Chicago O’Hare. Joe Berry would be leading a session for contingent faculty and labor organizers from 2:00-5:00 pm. My friend said we could go for free as long as we emailed Mr. Berry. As I had just finished reading his book Reclaiming the Ivory Tower: Organizing Adjuncts to Change Higher Education, I felt it was fate itself that had given me the opportunity to hear him speak, and I emailed him to ask if I could attend. Berry wrote back right away and said that he would be expecting me tomorrow at the session.


I arrived late because I was parked in a lot that was very far from the hotel, and another late arriver and I could not figure out how to get over to the actual meeting.

It was quite funny, really, both of us trying to climb over a wall of sorts, with a steep incline, but he was very friendly and cheered me up.

At one point, the man said, “Well, you're a very pessimistic type of person, aren't you?”

And I said, “Well, I'm an adjunct. I've been through a lot recently.”

Anyway, when we got there I couldn't find the workshop, and the people who ran it were not happy I hadn't registered, but one woman in a maroon sweater showed me where the room was. Because I didn't have a program, though, I didn't even know the title of the session. But I knew I was looking for Joe Berry who had changed my life with his book. I told her about it, and that was enough information for her to help me find the room.

Read more »
Posted by Vanessa Vaile at 4:00 AM No comments:

…meandering overview reviewing news, views…aka to-do list & notes on significant emerging topics before the day's digital information fire hose washes me away. I started to add "morning" to the description but stopped myself in time and a good thing too as it is not only past noon but into the evening. Morning is a good goal but I have to start earlier, ignore distractions.

The very first email I saw this morning was Keith Hoeller's adj-l listserv commentary on "Breaking News: NLRB Rules in Favor of All Contingent Faculty Unit Election at Seattle University" (via the Chronicle). The thread includes additional comments and links—with more to come in next post in Adjunct Links & Commentary from Keith Hoeller series

Read more »
Posted by Vanessa Vaile at 7:56 PM No comments:

A user's tour of the #PFRNetwork's flagship

…blog—that would be right here & an exercise in the promised short post. I hope the tour will help you navigate this rather crowded, feature packed page

Next comes the guest post by MMStrikesBack on the recent Labor Notes Conference, an original meld of report and reflection. It's longer too but well worth the read...and now...


Welcome to the Tour


Read more »
Posted by Vanessa Vaile at 6:15 PM No comments:

…Issue #1 blogging materials and words from and on behalf of legendary (but social media averse) adjunct activist, Keith Hoeller. This project is still in Beta, so expect changes. I edited the the auto-blogged bookmarks to tidy up format, added the vintage image of a 1907 classroom, and rearranged the order to lead with the NY Times OpEd, related links and commentary, including a copy of Keith's unpublished letter to the editor, plus a link to the published response letters—all above the fold. And there is still plenty to read after it, maybe too much. Have patience while I work out the kinks. I'm getting my blogging mojo back. With that comes more and better content posted more often. I'll work on the shorter posts thing too. Promise... 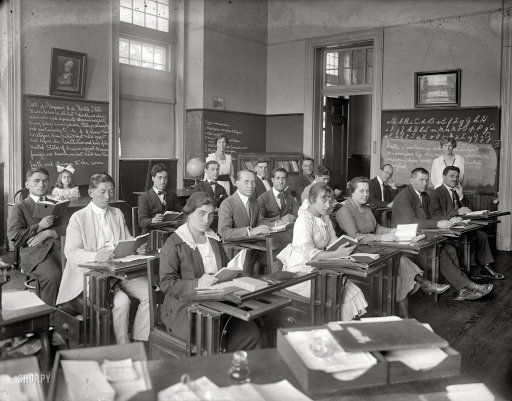 Read more »
Posted by Vanessa Vaile at 6:34 AM No comments: …this might not be a post either: call it an extended meta blogging update…planning out loud. Feel free to contribute your 2¢ worth. Let the musing begin:

I've been exploring Diigo blogging and sharing tools. Using is the best (only) way to learn a new tool. These turn annotated bookmarks into blog posts. If truly useful and making blogging/online information sharing quicker, easier — more efficient, then they will become part of the repertoire. If not, then not — and will fade from regular use. Until then, expect more Diggo blogging and auto-blogging.

Keith Hoeller's links and commentary, a weekly annotated links post will include links to articles by and about Keith. I'm not the only one who has long thought he should have his own page or blog. Hardly believing he didn't, I started saving links on Delicious in 2008. The project starts with bookmarking and then blogging entries from Keith Hoeller's PT Faculty Links & Commentary on Diigo. Eventually, we'll find them a cyberspace home on the range of their own so they don't have to crash in random locations like a homeless adjunct. The Washington PartTime Faculty Association had a web page...but on a now defunct platform that disappeared from cyberspace taking all the WPFA pages with it...and there you thought nothing disappeared from cyberspace.

Read more »
Posted by Vanessa Vaile at 12:12 AM No comments:

Bill Lipkin reports on the AFT HigherEd Conference in Baltimore

The weekend of April 11, 2014 saw one of the best AFT Higher Ed Conferences I have ever been to. The theme was 'Reclaiming the Promise of Higher Education' and there was a strong focus on contingent and adjunct faculty issues and solutions.

President Randi Weingarten opened the Conference with one of her rousing speeches. I had to compliment her after the speech for the concentration she put on contingent and adjunct faculty and our situation in the United States. She even took the time to explain the differences between adjunct and contingent positions and the various problems connected with each.

Read more »
Posted by Vanessa Vaile at 4:31 AM No comments:

Next on deck: Adjunct Symposium in Philadelphia (United Academics of Philadelphia, AFT), Saturday April 19th. Whether you are an adjunct or just someone who cares, come join us!

… initiates a regular series, this week's links collection opens with a 2009 article that benchmarks where we were then and still holds important observations. Despite significant advances and increased public awareness, not as much has changed as we'd like to think. There's a lot of déja vu all over again to be read in:

Read more »
Posted by Vanessa Vaile at 4:32 AM No comments:

Posted by Vanessa Vaile at 10:16 PM No comments:

…Democratising Economics from the Workplace

Read more »
Posted by Vanessa Vaile at 7:36 PM No comments: